Autumn, and in particular Samhain (pronounced “SOW-wehn” and translated as “summer’s end”), is a time when herbs for introspection and transcendence are used to connect with sublimated aspects of ourselves and with the echoes of our ancestors.

In the spirit of the season, our family once attended a performance by an accomplished local puppeteer, storyteller, playwright, poet, and musician, Dalrymple Macalpin. That evening, we were treated to a preview of Dalrymple’s new work, "Rumpelstilzchen Marionette Opera." This performance pays homage to the infamous Poison Path, a collection of potent plants of lore and practical magic—often found in a witch’s garden—that have been used with the utmost caution and respect in ceremonial and talismanic magic throughout the world for millennia. (You can enjoy some of Dalrymple’s dynamic offerings on his website and on Instagram.) 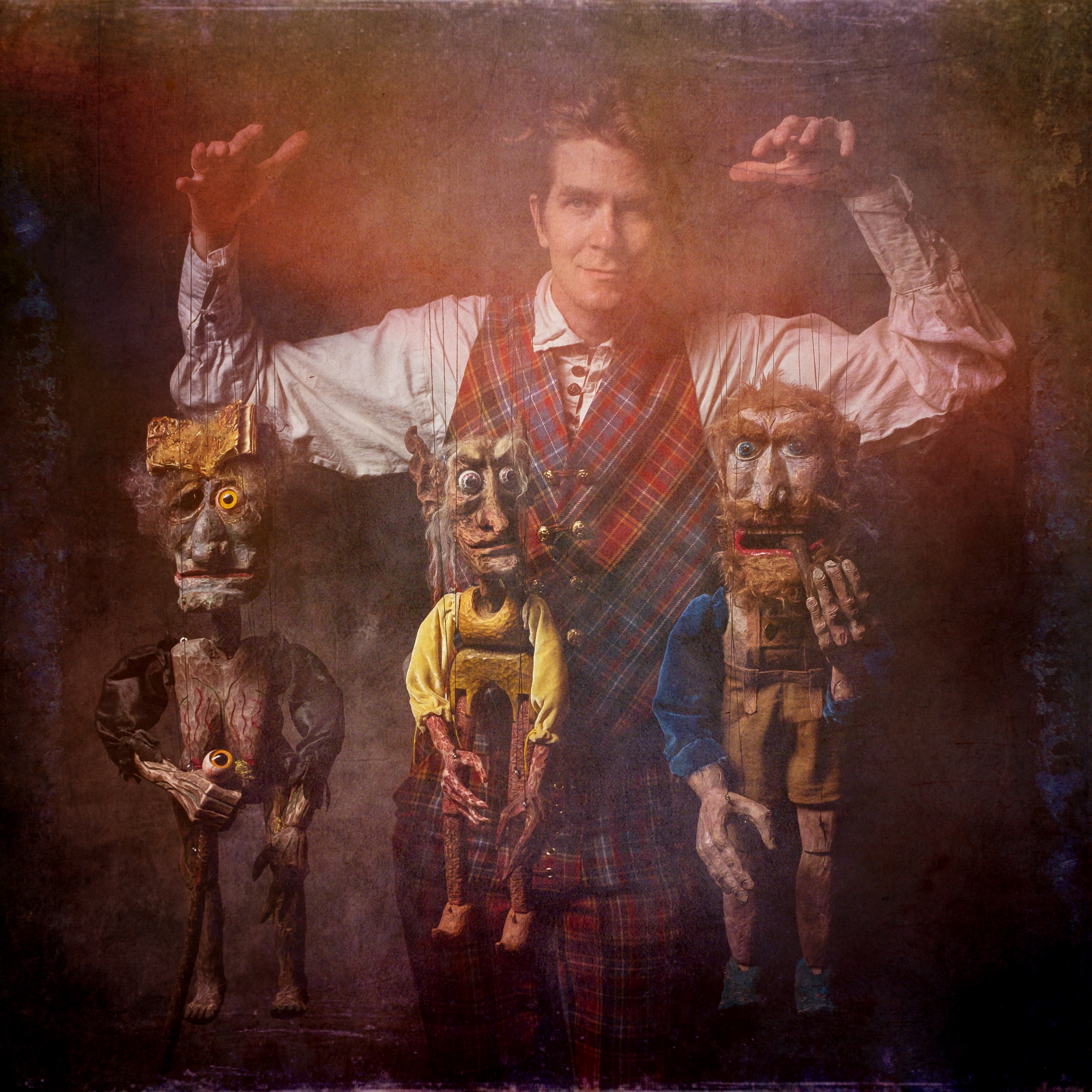 In Dalrymple's performance, Dortchen Wild (a character named after one of the sisters who told the Brothers Grimm their stories) invoked many plants in her incantation. Of all the plants mentioned, the one for which I have the most reverence is aconite. Commonly known as monkshood in the Western world and fu zi, cao wu, or chuan wu in Traditional Chinese Medicine, this plant has been used in preparations both beneficial and sinister across eras and cultures. While we don’t offer any fu zi in our signature tincture line, aconite plays an important role in the medicinal traditions that shape our remedies and offers important lessons for approaching any powerful plant.

In his " Collection of Wolfsbane Lore," writer Coby Michael Ward offers rich insight into the plant magic of aconite, a “sacred plant of witchcraft” with many connections to mythological patrons of the magical arts such as Hecate, Circe, and Medea. According to Ward, “Aconite is a representative symbol of the Poison Path of Veneficium [(potion-making)]. Throughout history, the mythology surrounding this plant has been characterized by themes of death, rebirth, and transformation through sorcery or shapeshifting. As a protective ally, it is connected to spirits of the battlefield and the gods and goddesses of warfare; a plant of the battle mage, it protects its allies ruthlessly, arousing blood lust and...inciting fear in the hearts of their enemies.”

Aconite was used to tip spears and arrows and to poison or repel wolves (and werewolves!)—hence, wolfsbane. Further discussion of Aconite’s battle-ready nature can be found in "The Spirit of Herbs: A Guide to the Herbal Tarot" and its associated deck, which is created by herbal educators Michael Tierra and Candis Cantin. In describing the Knight of Wands card, which is overlaid with blooming wolf’s bane, the Guide tells us, “The Knight of Wands is bold and has great courage...Such an individual does best when he directs his competitive spirit to overcoming personal shortcomings and limitations rather than trying to dominate and control others.” The authors also offer advice on using the herb or the herb card as a talisman for “overcoming personal blockages and limitations,” a nod to its traditional therapeutic use in Western homeopathy. 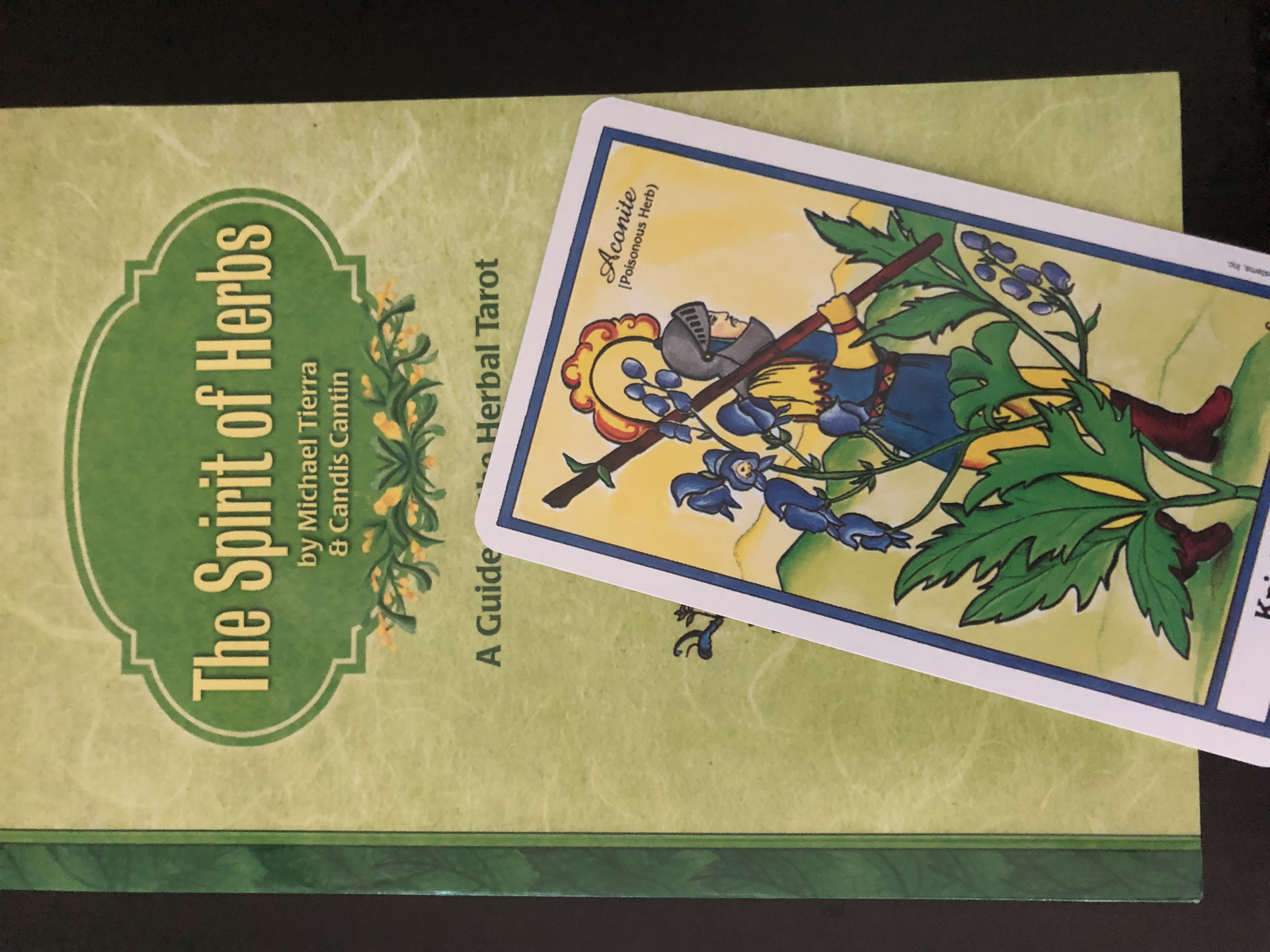 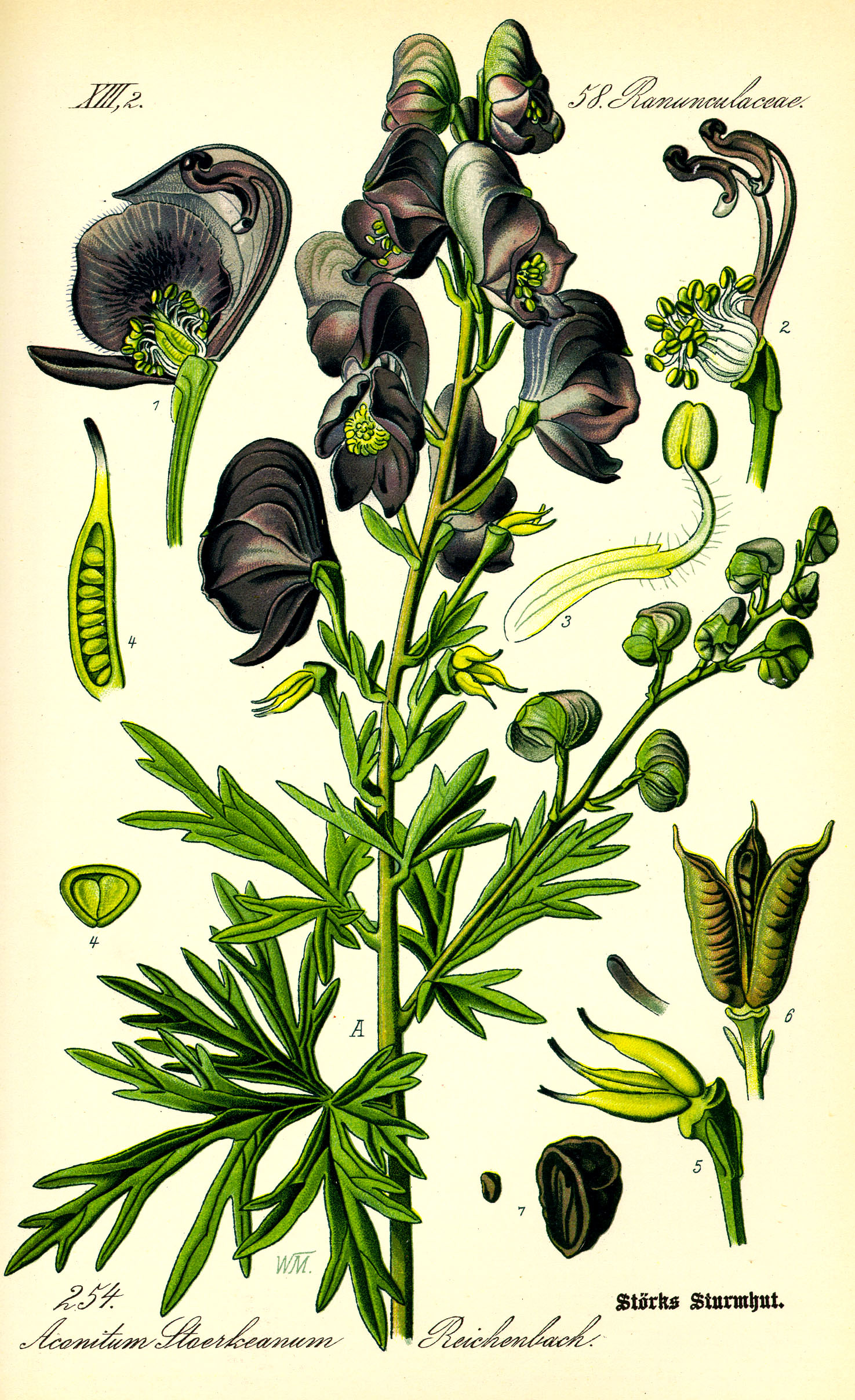 Aconitum is a genus of almost 250 species in the Ranunculaceae family located mostly in the northern hemisphere. Many genera in the Ranunculuaceae family contain potent alkaloids, such as aconite’s primary active compound of interest, aconitine. Different species of Aconitum are used in medicinal traditions in different parts of the world.

Aconitum napellus is recognized as a potent remedy in Western herbal monographs like those compiled and written by Scudder, Ellingwood, Remington, and Wood, and it also plays a major role in the homeopathic repertoire. Such protocols recommend aconite for treating very specific afflictions of the mind, characterized by great anxiety, mortal fear, sadness, restlessness, and intolerable pain. However, due to aconite’s potentially lethal nature, even highly trained homeopathic practitioners employ only extreme dilutions of the plant with the goal of harnessing its energetics, rather than its chemical properties. 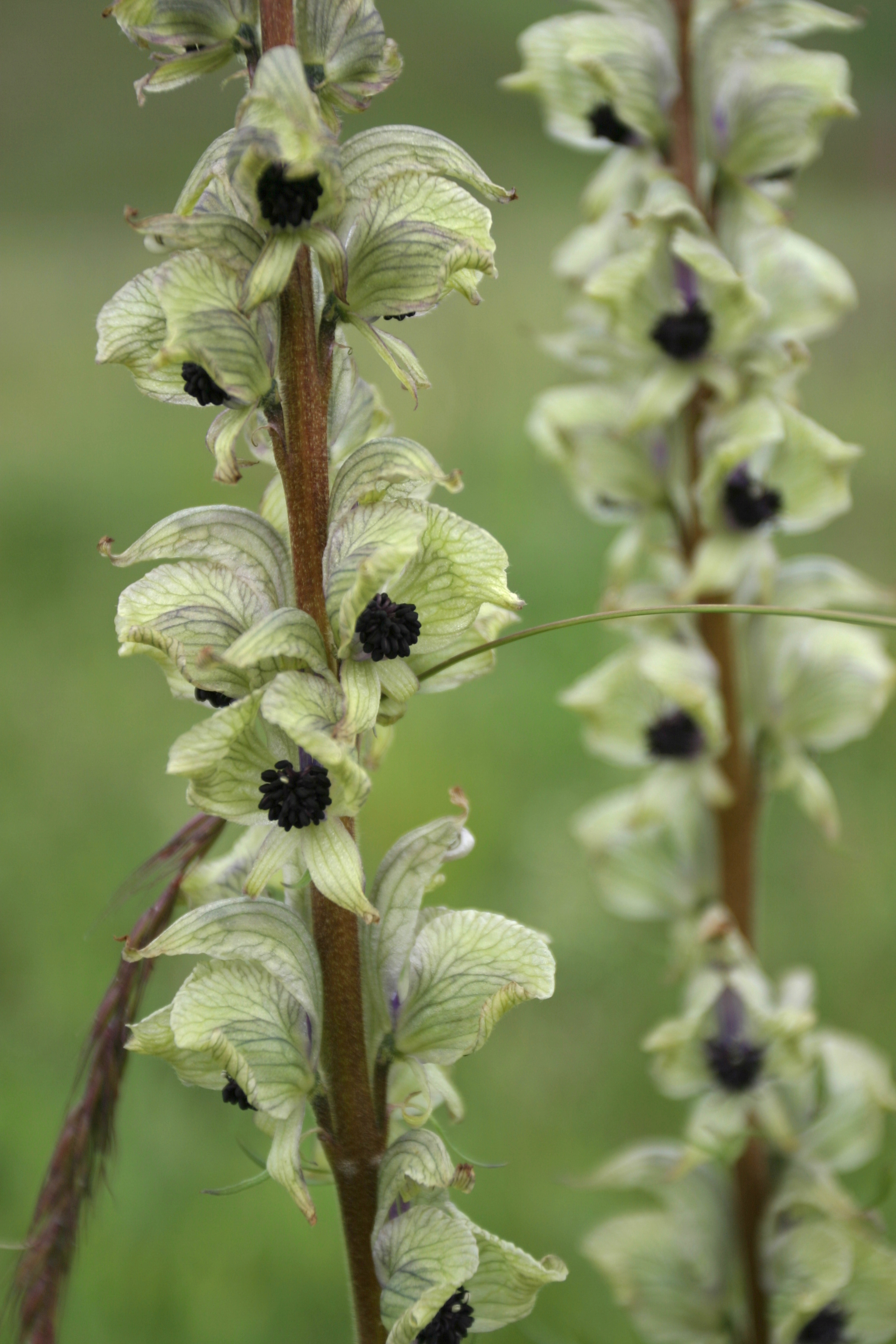 Aconitum carmichaelii, or fu zi, is one of the premier herbs of Chinese and other East Asian herbal traditions. It is the most potent herb for reviving the yang, possessing a warmth that can remove discomfort rooted in cold damp obstruction throughout the body. TCM holds that aconite can stoke the primal Fire at the “gate of vitality” (or ming men) when it is nearly out, reviving the body from its most devastated state. Fu zi is not consumed as a tonic by itself but is used in formulation with complementary herbs. It can be rendered safe enough for dispensing in herbal pharmacies through an extensive detoxification process, and responsible importers and manufacturers will carefully assay their fu zi to determine safe levels before offering it for sale.

One of the most widely used formulas featuring fu zi is the Kidney Qi blend mentioned in "The Golden Cabinet" (or "Jin Gui Shen Qi Wan"), which has the actions of warming and tonifying the Kidney yang. The formula is indicated for Kidney-associated symptoms, including discomfort, weakness, or cold sensation in the lower back, abdomen, or extremities. Supplementing formulas such as this are commonly dispensed in tea pills and liquids by practitioners, as they are meant to be taken long term by individuals for whom they’re indicated.

Fu zi largely remains the tool of skillful practitioners due to the complexities of the formulations that incorporate it and the challenging clinical nature of the conditions for which it is indicated. Formulas containing fu zi are used to treat medical conditions of a critical nature in the cardiovascular, renal, digestive, metabolic, and musculoskeletal systems, but the particulars of these maladies and treatments are beyond the scope of this article.

While classical texts do not specifically recommend fu zi for mental or emotional disturbances like those addressed with aconite in Western homeopathy, they do invoke the herb for many conditions involving the Kidneys. The emotion associated with the Kidneys in TCM is fear, expressed through a wide variety of manifestations in the body and behavior. This information could be cross-referenced with other traditions to help clinicians explore ways they might use fu zi to support patients in experiencing physical transformation while also moving out of states of debilitated fear and into spaces of courage. 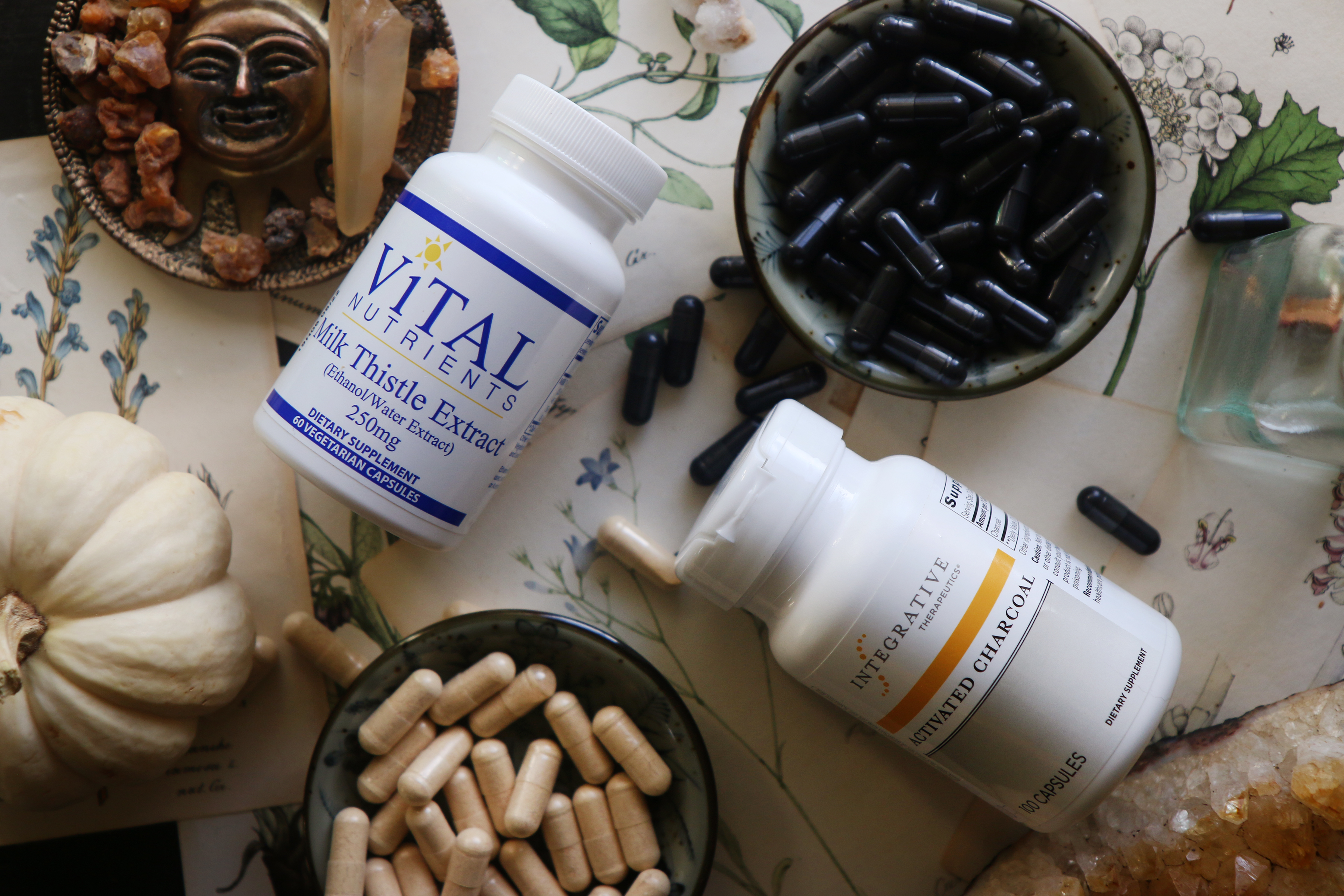 An herb’s origin, time of harvest, or age may impact its potency, creating challenges and risks for administering the right dosage of potentially toxic plants. Consequently, any herbalist working with aconite should be well educated in the potential hazards to avoid and antidotes to employ, if needed. TCM texts refer to licorice root ( gan cao), mung beans, and adzuki beans as the preferred antidote for mild to moderate aconite poisoning, and activated charcoal may help cleanse the system of toxins after. In cases of severe aconite poisoning, the most significant concern is managing potentially lethal arrhythmias, and treatment can be difficult due to aconotine’s rapid absorption rate. Individuals known or suspected of ingesting plants with aconitine alkaloids, either accidentally or through improper clinical application, should be admitted to a hospital monitoring setting, even if asymptomatic.

Several years ago, I was humbled after inhaling aconite while grinding it in an electric grinder to make a topical preparation for nerve discomfort. I experienced slowed heart rate, numbness and tingling, and fear of fainting for a couple of hours, and I also endured numbness and tingling in my facial nerves for a month after the event. I was fortunate to not experience more serious symptoms requiring hospitalization. This served as a powerful reminder that we must approach all poisonous plants with the utmost caution and respect and never let our boldness and bravery lead us into reckless action with potentially dire consequences.

Written by Benjamin Zappin, LAc Five Flavors Herbs co-founder Benjamin Zappin is one of the Bay Area's most respected and knowledgeable herbalists and a licensed acupuncturist. With over 20 years of experience, Benjamin synthesizes his deep knowledge of Chinese and western herbal medicine with modern medical perspectives to create effective herbal formulas and treat patients. He serves patients through Paeonia Integrative Medicine. 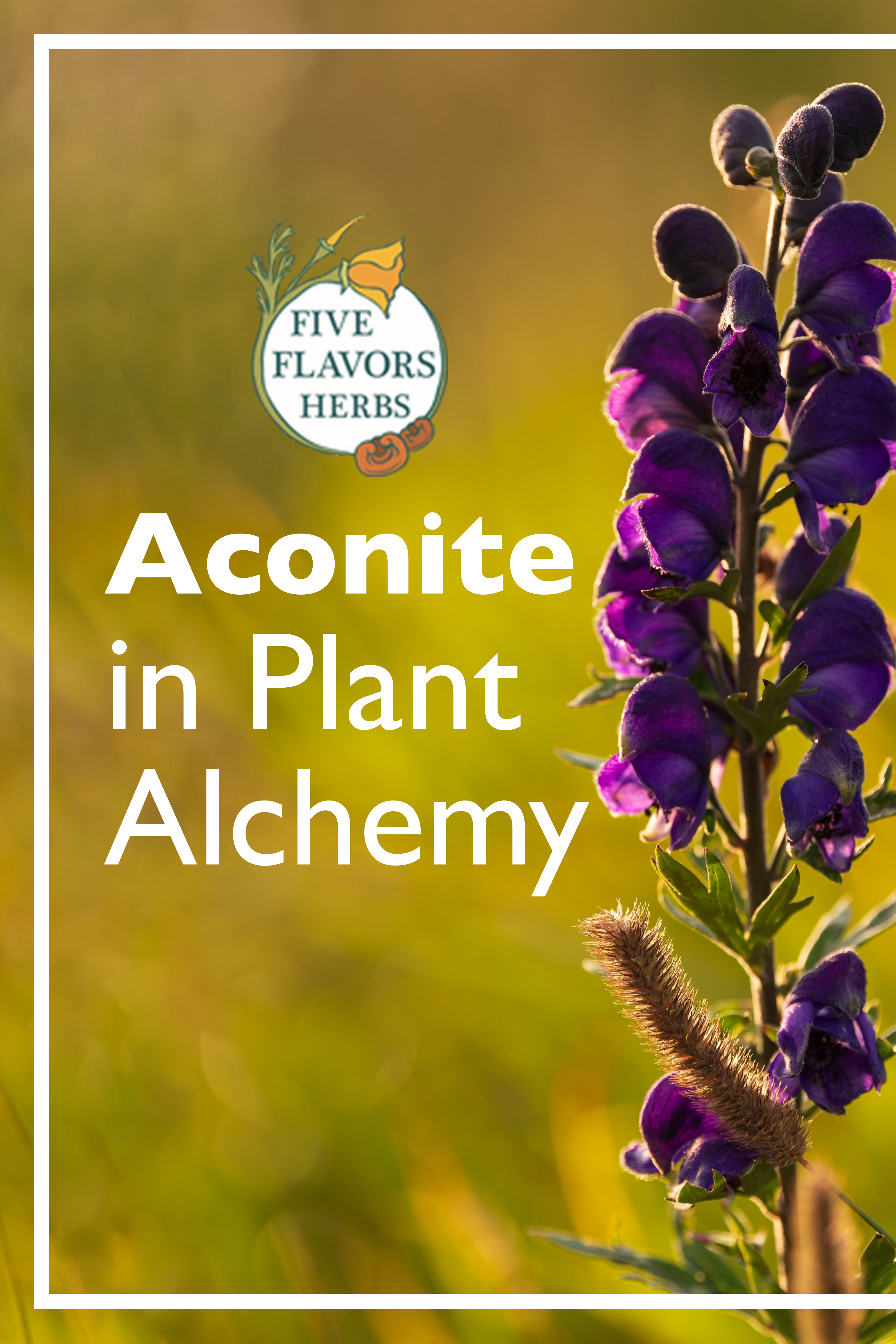